Global industry is expected to continue to recover

2018-11-18 04:03:58
Thanks to the economic recovery and the improvement of the financial market, the global industry, especially in Asia, the Americas and Europe, is steadily continuing to rebound. Industry experts believe that the two major themes of global industry this year are business mergers and acquisitions and increase market share. At present, the most turbulent period has passed, and this year will show moderate growth and achieve sustained recovery.

Globalized industry steadily recovers under multiple factors
At the end of May, due to the impact of the European debt problem on the global economic recovery, the price of crude oil fell below US$70/barrel and the prices of global petrochemical products including olefins, aromatics and polyolefins fell sharply, indicating whether the market will weaken. worry. But Moody's Investors Service still insists on its predictions that the chemical industry in Asia, the Americas and Europe is steadily continuing to rebound.

Moody's said at the end of May that the recovery in demand, raw material prices are low, and a good balance sheet is stimulating a steady recovery in the global chemical industry. In this context, the global chemical industry's credit environment will not change significantly in the next 12-18 months. Moody's believes that the current recovery of chemical industry demand is global. Among them, the demand in the Asian region has reached the level before the financial crisis, but the demand in the US and Europe is still far from the pre-crisis level. Although the current euro crisis in southern Europe is worrying, the company is still optimistic about the growth in the Nordic region. Moody's expects industrial output in the US and Eurozone to increase by 4.3% and 2.3% respectively. In 2011, US industrial output growth will fall slightly to 4.1%, while the Eurozone growth rate will increase to 3.4%.

Moody's said that considering the current situation, some factors may hinder the progress of the recovery. For example, in the next 12-18 months, the residential and automobile markets are still unlikely to return to pre-crisis levels. Governments may gradually withdraw from economic stimulus policies. The recovery has had an adverse effect. However, Moody's still insists that the global economy is unlikely to have a double dip.

Analysts at BB&T in the United States said that the global chemical industry M&A activity will rebound sharply in 2010 as strategic buyers with sufficient cash hope to accelerate business growth through M&A transactions. In the 15 chemical companies tracked by BB&T, the cash on the 2009 balance sheet has reached a high of nearly $8.3 billion in the past 10 years. Analysts said: "In 2009, most strategic buyers with M&A plans did not implement M&A plans, just waiting for opportunities. We believe that this M&A demand will break out in 2010. Business integration will become the global chemical M&A market in 2010. The main drivers are coatings and adhesives such as Valspar, RPM International and HB Fuller, which may appear on the strategic buyers' acquisition list. In addition, companies that have just emerged from the shadow of bankruptcy may also become potential acquisition targets. As of September 30, 2009, global chemical M&A transactions totaled US$39 billion, mostly from Dow Chemical's acquisition of Rohm and Haas and BASF's acquisition of Ciba Refinement.

European chemical industry embarks on the road to recovery
The European Chemical Industry Association (Cefic) predicts that EU chemical production will increase by 9.5% in 2010 compared to 2009 and will increase by 2% in 2011. The basic chemicals sector is currently rebounding rapidly, but the production levels of all chemicals (excluding drugs) are still well below pre-crisis levels.

According to industry insiders, the European chemical industry demand will be on the road to recovery after experiencing a sharp drop in late 2008 and early 2009. The current chemical production data released by EU countries shows that EU chemical production has bottomed out in 2009 and the chemical industry is in the process of recovery. However, as downstream consumers of the chemical industry remain cautious about the current economic and market recovery, this recovery is not a sustainable recovery of large-scale rebuilding of inventories by downstream consumers, but more driven by the government's fiscal stimulus plan.

In the past ten years, the business divestiture has reshaped the European chemical industry. The most significant business divestitures in the chemical industry in Europe include the separation of France's Total Arkema, the Swiss Roche company's stripping of Givaudan, the German Bayer's divestiture of LANXESS, and the Swiss Slikon-Norhua divested Syngenta, Norwegian Hydro, and other companies. The purpose of these chemical giants to divest assets is to focus on developing core businesses, and the divested business is usually a business that can operate independently.

Jonathan Taylor, head of Close Brothers in London, UK, said: "The divestiture business allows the company to concentrate on its core business and financial resources. The divested business also has the opportunity to develop freely. It turns out that most of the divested business is acquired. Very good development, the most successful are Givaudan, Syngenta, Yala and Celanese." Celanese was stripped from Hoechst in 1999.

Japanâ€™s Mitsui Co., Ltd. achieved a profit of 1.4 billion yen ($15 million) in its chemical business from September 1 to December 31 last year, compared with a loss of 4.2 billion yen in the same period last year. The company said it was mainly stimulated by the increased profitability of the phenol and polyvinyl chloride resin business, and the increase in product sales prices, coupled with continued strong growth in demand in the Chinese market, provided support for profitability.

In the fourth quarter of last year, the operating profit of the chemical business of Asahi Kasei Corporation of Japan reached 21.8 billion yen, which was also caused by the recovery in Asian market demand.

Business integration is at the time. Affected by the continued economic downturn in the domestic economy, the Japanese chemical industry is undergoing large-scale integration. Mitsubishi Chemical Corporation, Japan's largest chemical group, plans to acquire Mitsubishi Rayon and plans to complete the acquisition by the end of March. Producers say that the competitiveness of naphtha crackers in Japan needs to be strengthened. Currently, Japanese naphtha crackers are generally aging, and the scale is also small. Analysts said that some naphtha crackers in Japan will be integrated in 2010.

Mitsui Chemicals Co., another major chemical company in Japan, shares the same view and has developed a corresponding development strategy. In the future, the company will focus its development on emerging markets while increasing the production capacity of high value-added products. As early as November of last year, Mitsui Chemicals Co., Ltd. announced that it had reached an agreement with Sinopec on a joint venture between phenol and EPDM. It is estimated that the total investment of the two joint venture projects will reach 60 billion yen.

The market focus shifts overseas. Kiichi Murashima, an economist at Citigroup (Tokyo), said that the Japanese economy has experienced a temporary stagnation in the 2009/2010 fiscal year, which is stimulated by steady growth in exports, especially driven by strong growth in Asian exports, and is likely to return to growth. . However, due to the economic downturn and the decline in unit labor costs, Japan's domestic deflation will continue until 2011. In addition, the strong performance of the yen against the US dollar is still widely concerned by Japanese chemical producers, as this will reduce the competitiveness of Japanese chemical exports. It is expected that the yen-dollar exchange rate in the first half of 2010 may rise to a high of 84 yen to 1 US dollar, which will further stimulate Japanese chemical producers to resolve to shift their market focus overseas.

1. Impeller using the theory of ternary flow design, the application of flow analysis technology to predict the performance of the blower, the variable efficiency of up to 82%

2. See the machine using axial intake  and diffuser adjustment device, the flow adjustment range of 45% of rated flow to 110%, so that it operates under non-rated conditions also have a higher efficiency

3. The assembled overall structure, the blower body assembled in the gear box gear box, lubricating oil system, motor and gear box compact layout on a common base, the base also serves as a fuel tank

4. Strict dynamic balance of the rotor, small vibration, high reliability, the overall low noise, low moment of inertia, start and stop the unit a short time, it is with the same flow and pressure multi-stage Centrifugal Fan, the energy consumption is small Light weight, small footprint 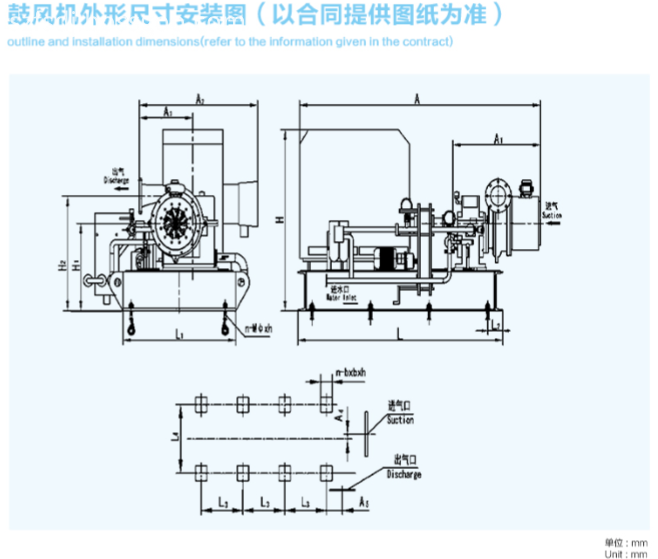 This series of fans are widely used day power, chemical industry, iron and steel smelting, cement, pneumatic conveying, sewage treatment and other departments and industries, the transmission medium for the clean air 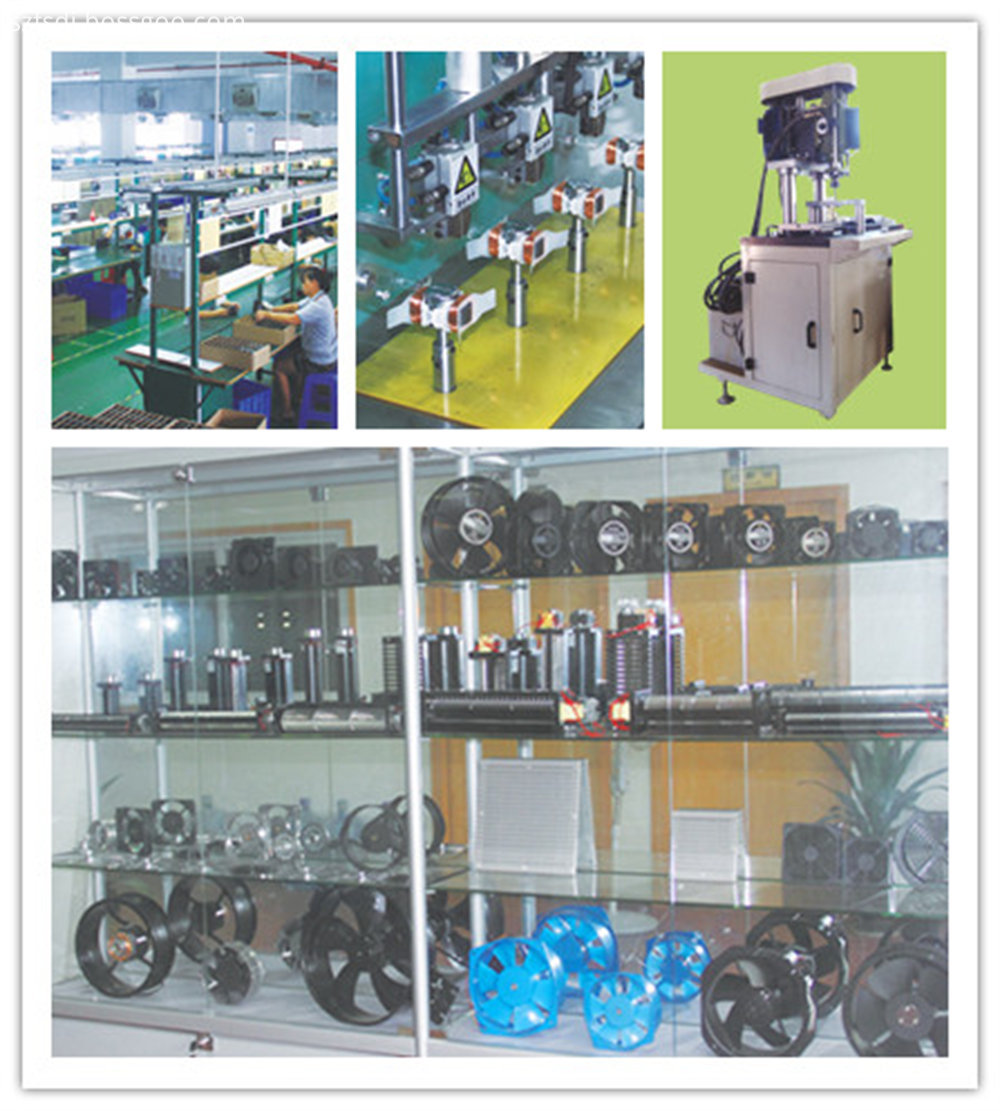 The pneumatic performance and structural design of the series of products reach the advanced level of similar products at home and abroad, with the advantages of energy saving, high efficiency, integration, high degree of automation, small size, light weight and high reliability, which can be widely used in sewage treatment, metallurgy, Circulating fluidized bed boiler fluidized power plant, gas desulfurization, pharmaceuticals, gas booster and other industries