This morning, as the debut of the Hunan Provincial Museum's new museum series event, the final review of the "Dingsheng Dongting Cup" costume design contest was held in Changsha.

This is a collision between history and fashion. This is a heritage of civilization and culture. This morning, as the debut of the Hunan Provincial Museum's new museum series event, the final review of the "Dingsheng Dongting Cup" costume design contest was held in Changsha. In the end, the â€œWake Upâ€ works by Ma Meijuan, He Jing, etc. of the design team of Hunan Paite Co., Ltd. came to the fore from more than 20 finalists entries and won the gold medal in the costume design contest.

At the scene, the Hunan Provincial Museum also invited 100 public juries to be composed of members of the public, museum members, volunteers, and representatives of the media. According to their knowledge and preferences of the museum's costumes, they cast valuable votes for their favorite entries. The final score of each contestant is based on the ratio of expert and public scores of 7:3. 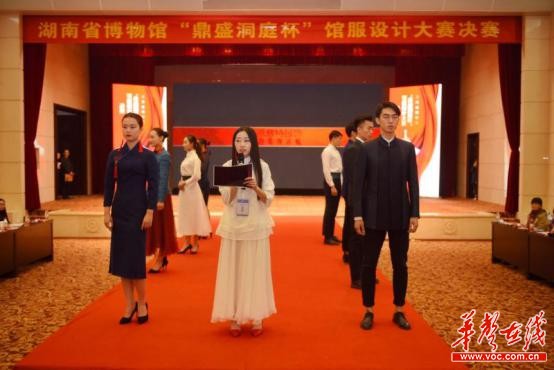 In the end, the design team of Hunan Paite Garments Co., Ltd. Ma Meijuan, He Jing, etc.'s "Wake up" clings closely to the cultural elements of Han costumes and combines the cultural characteristics of modern costumes with simplicity and atmosphere.

"As one of the judges, my evaluation criteria are mainly in the scope of the professional wear, practical and durable, but also to consider the production cost and other comprehensive consideration." Professor Liu Xiaogang of Shanghai Donghua University said.

In view of the overall status quo and development of the Hunan garment design industry, Liu Xiaogang believes that the overall level of Hunan is in the middle and upper reaches of the country, but has not yet reached the top position. He suggested that, in terms of design style, Hunan's garment industry should strive to dig out and display regional culture and local culture. In terms of concept, it should be reformed and promoted. The adoption of information, marketing models, and behavioral methods must be more international and more innovative. The move. 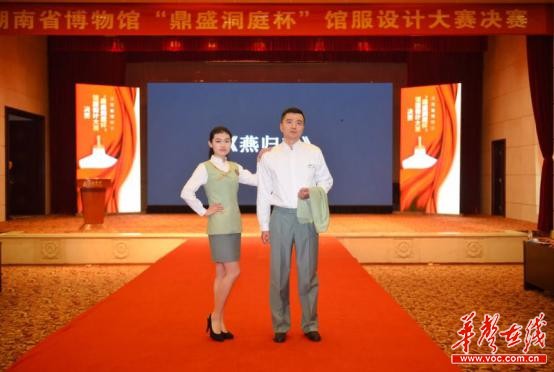 Tsinghua University graduate student Jiang Jiani's work "Yan return," combined with the unearthed part of the smoke-colored letter from Mawangdui, embroidered some of the representative colors of the museum. 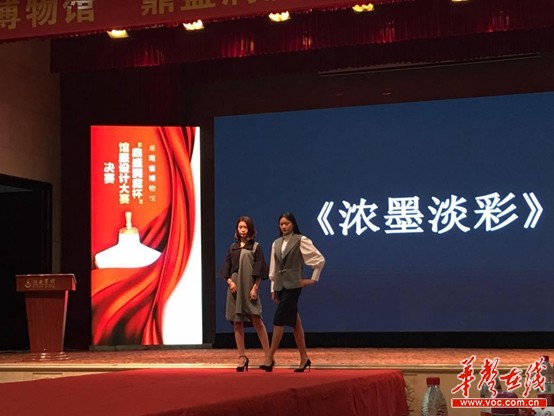 The contest for the design of the costumes contest began in October 2016 and attracted entries from more than 10 provinces including Hunan, Beijing, Shanghai, Shaanxi, Jilin, Dalian, Shandong, Chongqing, Zhejiang, Jiangxi, Fujian, Guangxi and Guangdong. City area and player from San Francisco, United States participate. In just over a month, the Organizing Committee received a total of hundreds of entries. On November 30th, the Hunan Provincial Museum "Dingsheng Dongting Cup" costume design contest held a preliminary evaluation meeting. More than 20 sets of works passed the initial evaluation and were selected into the final. From December 1 to December 20, the Hunan Provincial Museum announced the finalist entries on the official website and launched the â€œMost Internet Popularity Awardâ€ voting campaign. A 20-day online vote was selected. A total of 20049 people participated in the voting, and finally Hunan. Women's College Art Design Department Xiao Yuqiang's design work "Ya Yun San Xiang" won 4,240 votes for this contest's "Most Internet Popularity Award".

Duan Xiaoming, director of the Hunan Provincial Museum, said that with the opening of the new museum into the countdown period of one year, the Hunan Provincial Museum presented to the public a special vision of displaying the charm of the new Xiangbo costume. At the same time, he also hopes that through the holding of this design competition, not only can a successful cross-industry, cross-sectoral high-end arts and fashion dialogue be held, but also the museum's new look, new atmosphere and her unique lake can be displayed to the public. The beauty of Hunan.

Boom-type roadheader, also known as partial section roadheader, is an efficient combined operation machine that integrates cutting, walking, shipping, spraying and dust suppression. When working, the cutting head mounted on the cantilever swings up and down, and can cut tunnel sections of any shape, so it is also called an arbitrary section tunneling machine. It can be applied to tunnel construction of subway, municipal, highway, water conservancy, etc.